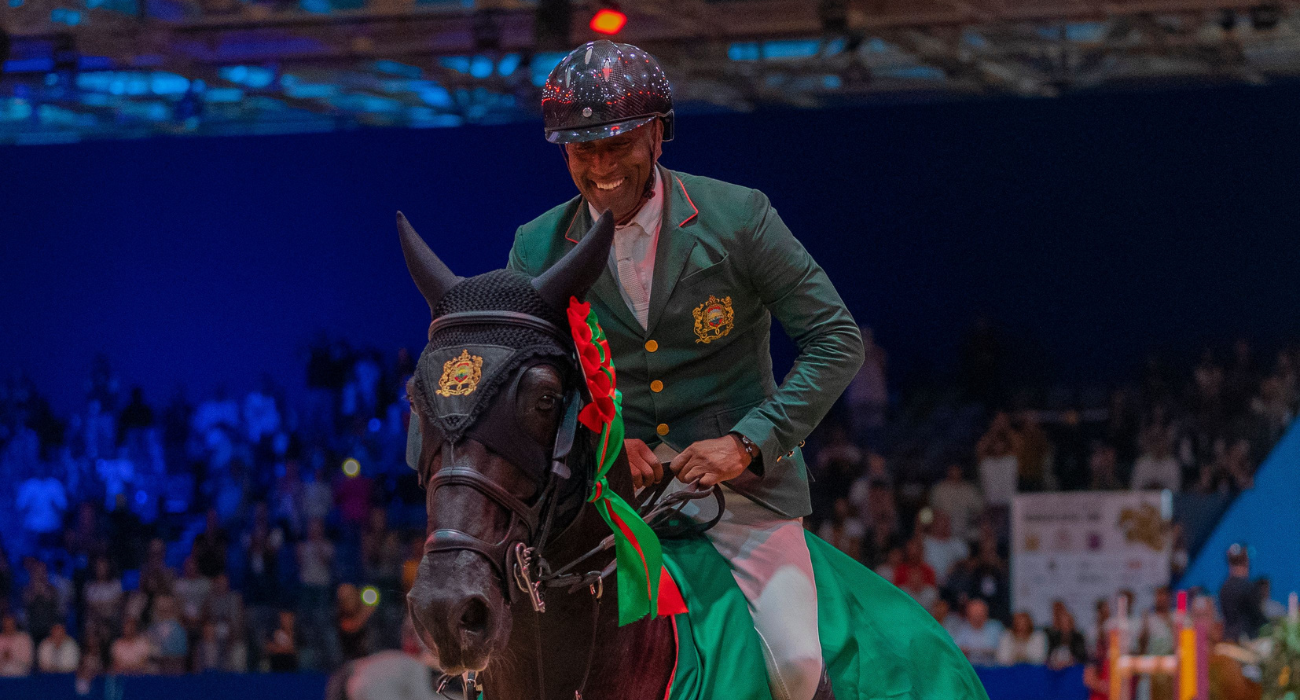 The favorite duo of Moroccans, since their victory in Tetouan, won the Grand Prix of His Majesty King Mohammed VI in El Jadida to close this eleventh edition of the Morocco Royal Tour.

By achieving a double clear round in 34.61 seconds, the phenomenal duo is victorious ahead of the Frenchman Simon Delestre second, and the German rider David Will third.

On the personal track record, Abdelkebir signs his 5th victory on the Morocco Royal Tour, his second victory with Istanbull and for the first time in history a Moroccan rider wins the Grand Prix of El Jadida!

If that was not enough, the Morocco Royal Tour sees for the first time in history its 3 Grand Prix won by Moroccan riders : Ouaddar in Tetouan, Boukaa in Rabat and Ouaddar in El Jadida !

Foreign trucks and horses are on their way back to their respective homes, we wish them good journeys and hope to see you next year from October 05, 2023 in Tetouan to October 22, 2023 in El Jadida.