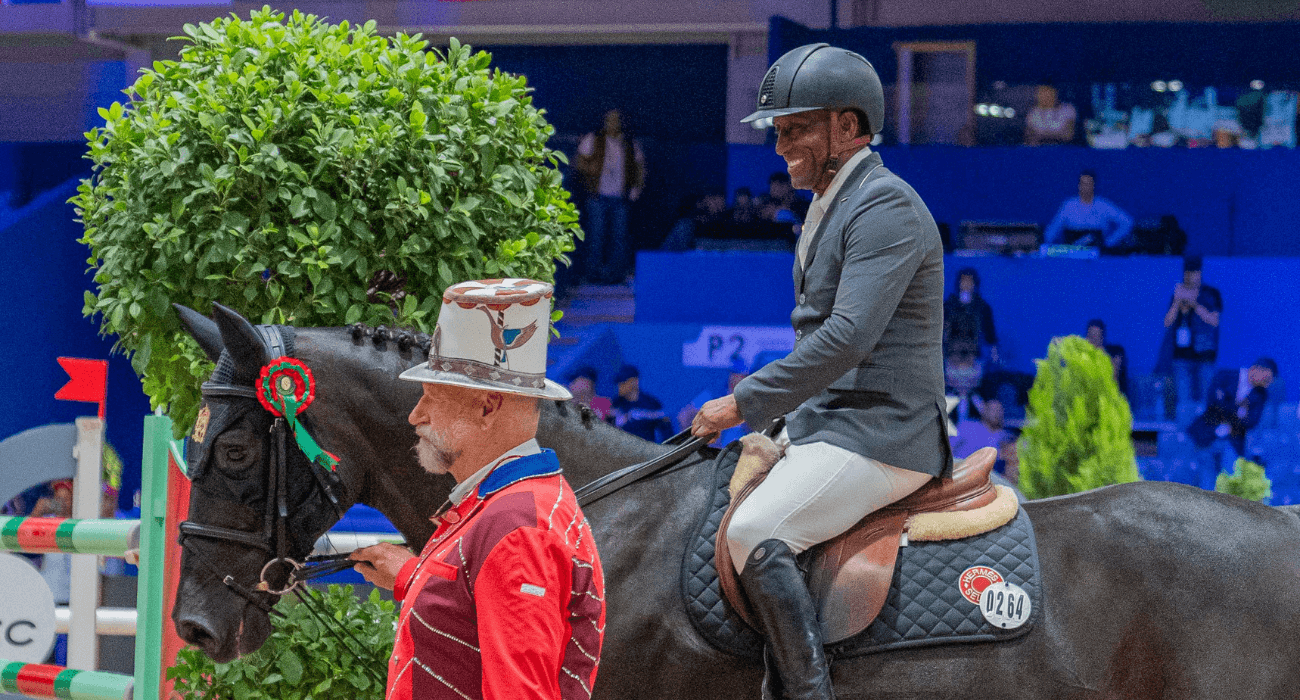 To the delight of the public in El Jadida, the Moroccan Abdelkebir Ouaddar and Istanbull V.H Ooievaarshof have struck again hard. While the main event of the day, the MAPM/SOREC Prize, seemed to be promised to the runner-up, the Belgian Jérôme Guéry, Kebir arrived, galloped, and won with a comfortable lead. The hero of Moroccan equestrian sports rarely disappoints when he is at home.

The management of the Morocco Royal Tour does things delicately. After two weekends under the generous sun of Tetouan and Rabat, the international riders are invited to compete in the last stage  in an indoor arena, in the flamboyant facilities of the Mohammed VI Exhibition Park of El Jadida where the Salon du Cheval is held at the same time. It is as if the MRT wanted to progressively reacquaint the riders, especially the European ones, with the indoor competitions of the winter season, which was launched last week in Oslo with the first stage of the World Cup for the European League.