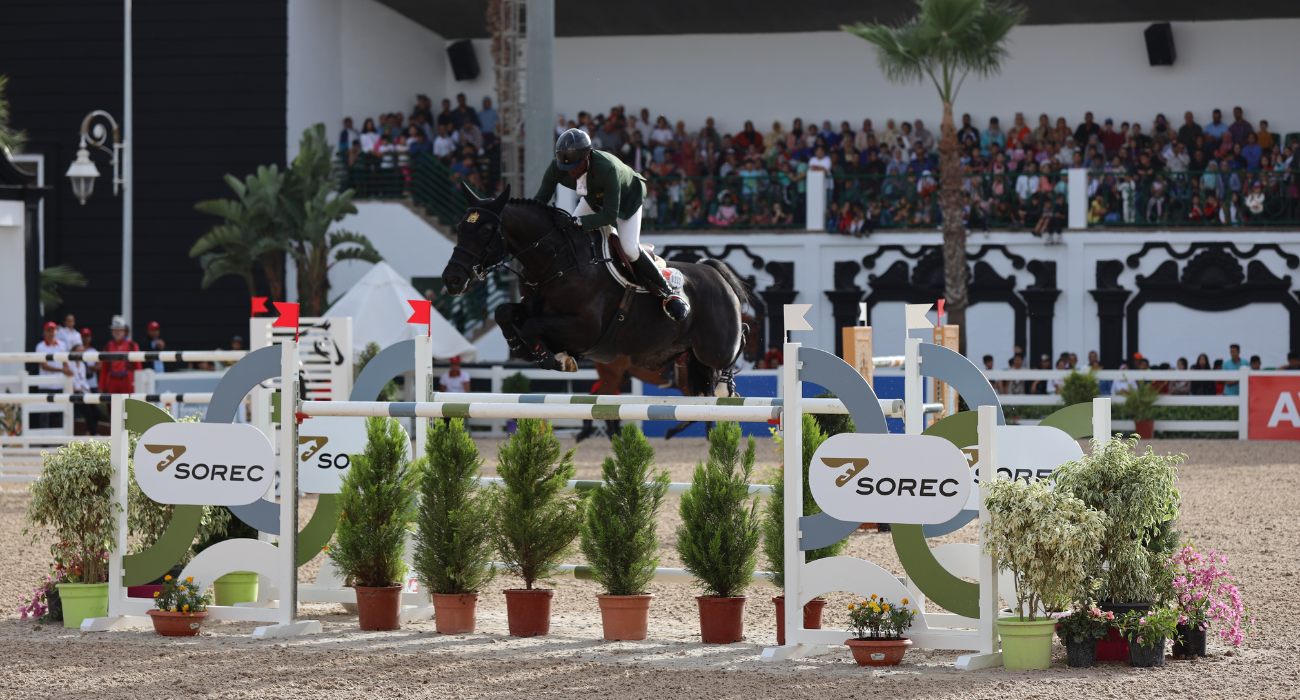 It is the victory of a whole people… or at least of a whole public – there was not a single free place in the stands. What Abdelkebir Ouaddar achieved this afternoon in the equestrian stadium of the Royal Guard in Tetouan is simply enormous! What emotions when the leader of Moroccan showjumping crossed the finish line as a winner (even if there were still three potential candidates for the victory, but they did not resist to the ambient fervor). And what emotions when these 4000 spectators sang the Moroccan national anthem during the prizegiving ceremony. Yes, this afternoon, in Tetouan, Kebir had the dimension of a national hero!

Huge performance of the Moroccan Abdelkebir Ouaddar winner of the Grand Prix in front of his public in Tetouan.

To win this Grand Prix of HRH Crown Prince Moulay El Hassan, Kebir had to be better than his nine other opponents in the jump-off (out of 40 starters), including medal-winning riders in major championships such as Frenchman Simon Delestre (3rd) or Swiss rider Niklaus Schurtenburger (2nd), or the now Brazilian Olympic rider Luciana Diniz, who was making her return to international competition (4th). But Kebir was inspired and was able to transcend his horse Istanbul which is not known for being the easiest: “This victory is magnificent because it is a horse that was very difficult, and I managed to get him on my side and today he gave me all his heart. I dedicate this victory to my country and especially to my king because he is always behind me, I owe him my sporting career and I thank him infinitely. It is a gift for all Moroccans. In Tetouan, we always have a great audience and I felt carried today. Can we say that this Morocco Royal Tour is already a success for the Moroccan rider? “It started well,” he said without saying more. Which means that Kebir does not intend to stop there. An ambition that will undoubtedly include a collective victory with the Moroccan team in the Nations Cup next week in Rabat?