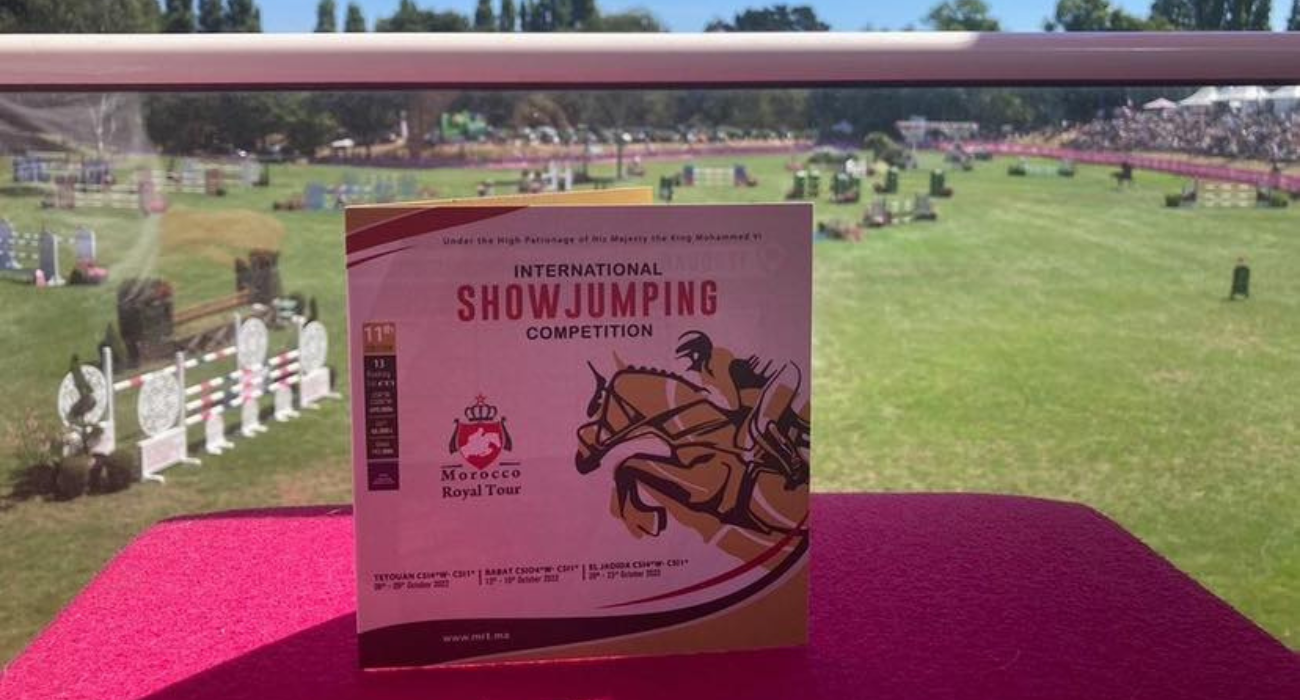 The Morocco Royal Tour drops off its suitcases at the prestigious Jumping de Dinard for a weekend!

Morocco is a land of welcome. It is in this spirit that the Morocco Royal Tour foundation was created: to receive the world of equestrian sport in three magnificent competitions, in the best conditions. After two years of suspension due to the health crisis, the Morocco Royal Tour has resolutely resumed its place on the international calendar. From October 6 in Tetouan and until October 23 in El Jadida via Rabat, Morocco will once again welcome the world of international show jumping.

The first decade (2010-2019) had attracted great riders with prestigious names: Pius Schwizer, former world number one and multi-medalist for Switzerland, vice-world champion Simon Delestre, Olympic Champion Philippe Rozier, Swiss Champion German European rider Marco Kustcher, Belgian Olympic riders Jérôme Guery and Moroccan Abdelkebir Ouaddar, and many more. Names which, on their own, attest to the sporting quality of this circuit. This year, we will certainly find some of these champions and others, some of whom will be back from the Herning World Championship. The 2022 edition will therefore take place this year from October 6 to 23, and will offer thirteen events counting for the Longines FEI World Ranking, with a total prize pool of €747,000.

The three 4* Grands Prix are also qualifying events for the Arab/North African League for the Longines FEI World Cup, the final of which will take place this season from April 4 to 8, 2023 for the second time in Omaha, United States, while Rabat will receive a stage of the Nations Cup circuit, a highlight of the Moroccan CSIO which will be played on Sunday afternoon. A CSI 1* will take place in parallel on each of the three stages: a beautiful equestrian journey for amateurs. Tremendous challenges, a prestigious series firmly established on the international circuit with high quality infrastructure for each of the three stages, in beautiful cities with strong tourist appeal, all in a resolutely friendly atmosphere: the Morocco Royal Tour is certainly an event which is out of the ordinary and has become a must at the end of the outdoor season.

About Morocco Royal Tour  Three fabulous sites, three four-day stages and now all four stars for the eleventh edition of the Morocco Royal Tour circuit which will take place between October 6 and 23, 2022. Created in 2010 on “High Instructions from His Majesty King Mohammed VI” and chaired by Prince Moulay Abdallah Alaoui, the MRT grows from year to year, thus confirming its place as a major competition in the world equestrian calendar, under the aegis of the International Equestrian Federation (FEI).

§ The circuit starts in Tetouan, from October 6 to 9 (€232,000 in prize money), in the superb facilities of the Royal Guard. A magnificent site with “hard” facilities: majestic stands and superb stables decorated in the purest Moroccan tradition.

§ The Rabat show, from October 13 to 16 (€274,000 in prize money), is held in the facilities of the Royal Moroccan Federation of Equestrian Sports, technically flawless with night events including the 4* Grand Prix counting for the World Cup on Friday. The flagship event will be the Nations Cup, scheduled for Sunday afternoon

§ The last show of El Jadida, from October 20 to 23 (€241,000 in prize money), is run indoors and offers a sports program similar to that of Tetouan. It also allows you to discover the Moroccan Horse Show, undoubtedly the most important on the continent and where the flagship event is organized, the Grand Prix of His Majesty King Mohammed VI in Show Jumping.